The lives of Xiapu's fishermen, through a photographer's len Xiapu is a small county located on the northeastern coast of China’s Fujian Province where some 400,000 shutterbugs gather from around the world.

Born and raised in Xiapu, Zheng Dexiong, director of Xiapu County Photography Association, decided to become a photographer 15 years ago and captured the county through its changes.
“The scene of the Xiapu mudflat changes by season. You can always get good shots with combinations of people and nature,” Zheng said. 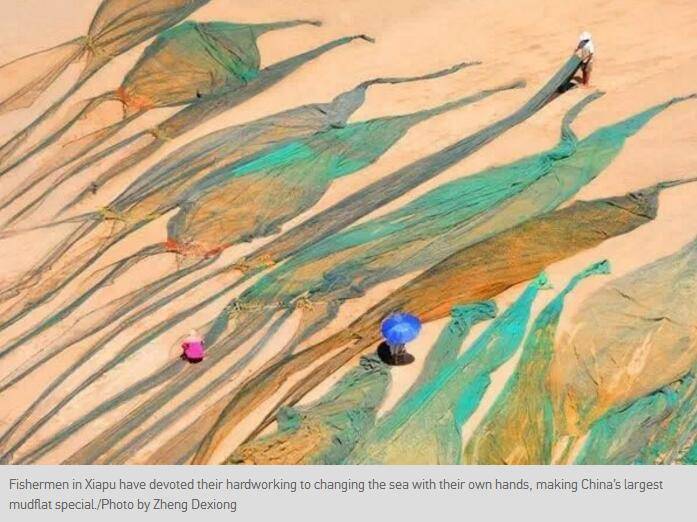 Fishermen in Xiapu have devoted their hardworking to changing the sea with their own hands, making China’s largest mudflat special./Photo by Zheng Dexiong
Many of the people he captured on camera are those who make a living by fishing. They’re nicknamed “Gypsies on the Sea.” Lin Yindao joined the fishing industry almost two decades ago. Although his children have moved ashore, Lin, his wife and several neighbors still live on the water, literally. 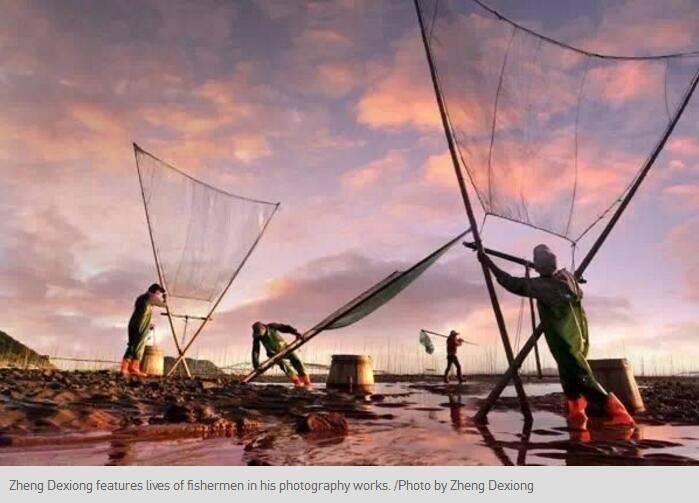 Zheng Dexiong features lives of fishermen in his photography works. /Photo by Zheng Dexiong
“This is not an easy industry, the fishermen told me,” said Lin, “Sometimes they have to work until midnight. But due to lack of skills, we have to keep our current job.
For Lin, he intends to keep working here for years to come. And for Zheng, he believed that photography is more than just taking pictures, it is, in fact, a industry that can help boost the local economy.
“While creating our artwork, we are also holding a mentality that people could pay more attention to the lives of fishermen so that they can get more assistance from the government to help them change their lives,” Zheng said.
“Every piece of art has its own story,” Zheng hoped that he could not only just record, but also change the history of his hometown.